Max Steel is an exciting shooting game for boys based on the popular animated series. The protagonist is half alien, half teenager with a special turbo energy. This guy is incredibly fast, brave, strong. And he also has a special suit that protects the hero during battles with aliens. And Max has to deal with them very often. For example, it was today that the evil Dred sent his troops to attack the N-TEK base. Your task is to help the guy destroy all his minions. The passage of the game with Max Steel is quite difficult, because the main character’s enemies are powerful robots with the latest weapons. Move across the secret base, destroy enemies, collect bonuses. They will give Max even more strength. The key to your success in the game Maxsteal will be a good reaction, because the enemies will pop up from everywhere like mushrooms after the rain. Explore all the nooks and crannies of the building and watch the shield indicator, try not to let it drop to zero, otherwise Max Steel will become vulnerable to the shots of enemy soldiers. 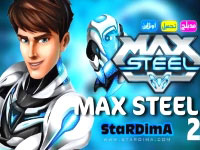 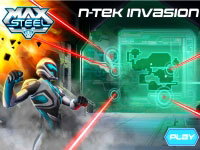 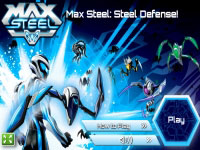