In the game Equestria Girls Fight for the Crown 2 you have to help the cartoon characters defeat their rivals at the final concert. To do this, you need to choose the same musical instruments that rivals demonstrate. The game consists of a large number of levels, and each of them will be given a certain number of tasks. For the correct answer you will get a point, if you indicate the instrument incorrectly, the point will go to your opponent. The girls from Equestria will win if they Crazy Games more points than their rivals. 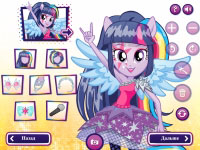 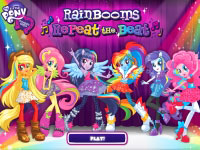 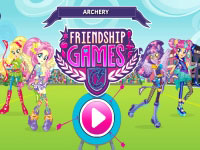